Peter has been with Rift Valley Adventures (RVA) for several years now and has worked his way through various disciplines as a guide and instructor on different adventure travels in Kenya since joining. Originally from Karatina, not to far from Nanyuki, Peter is no stranger to exercise. In his late teens he would cycle all the way to the markets of Nairobi to buy apples to sell back in Karatina which is a long round trip and must explain where some of his fitness comes from! Peter has also served his time portering and working on Mt Kenya before coming to RVA brimming with enthusiasm. Along with being a qualified mountain bike instructor, he is also qualified in Canyoning and is aiming towards rock climbing awards in the future. So in this next interview we have a quick catch up to share a little more about Peter during the COVID lock down and before he can get back to putting that energy into the adventure field... 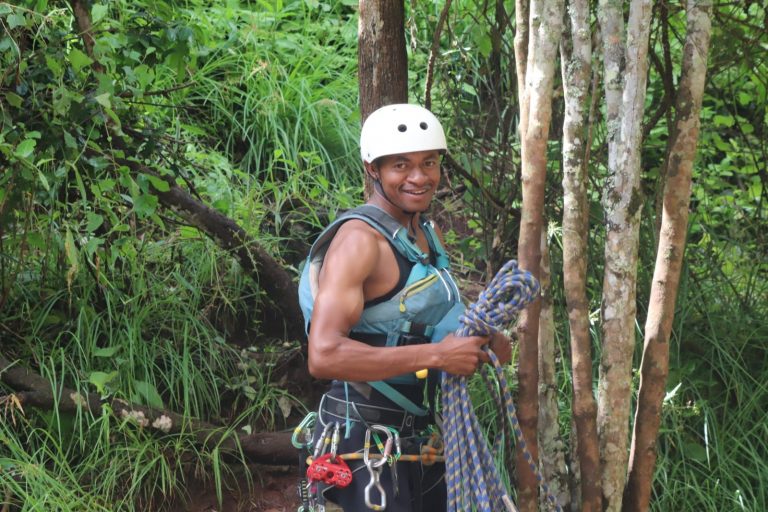 Having never been a city person and growing up under the mountain out in the fresh air, I was naturally drawn to the outdoors which led me into finding adventure sports. It was originally cycling which I was interested in and led to me to finding other things. I also worked as a porter on Mt Kenya early on.

2: If you had to stay with one adventurous pursuit what would it be?

Tricky. Perhaps too tricky to call the one sport. On the one hand it was mountain biking which drew me into the adventure world but on the other, I love canyoning too. So you might have to give me plenty more time at both before I could make a decision on that…..’ 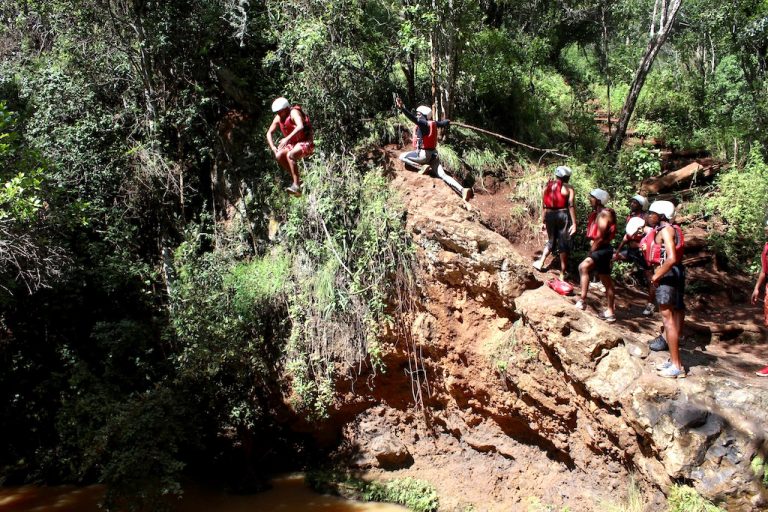 3: When on expedition what’s your favourite meal?

Chicken and rice which is a staple expedition food both on the mountain and when out on bike expeditions. Rice gives me the power to fuel up for the following day.

4: Whats your favourite piece of equipment?

That would be my bike. They are a very good way to get around here, not just for leisure and adventure. They are also a much cleaner way to travel and far less chance of having a road accident. So it doubles as my sport and passion but also a way to get to the shops or to and from the office. 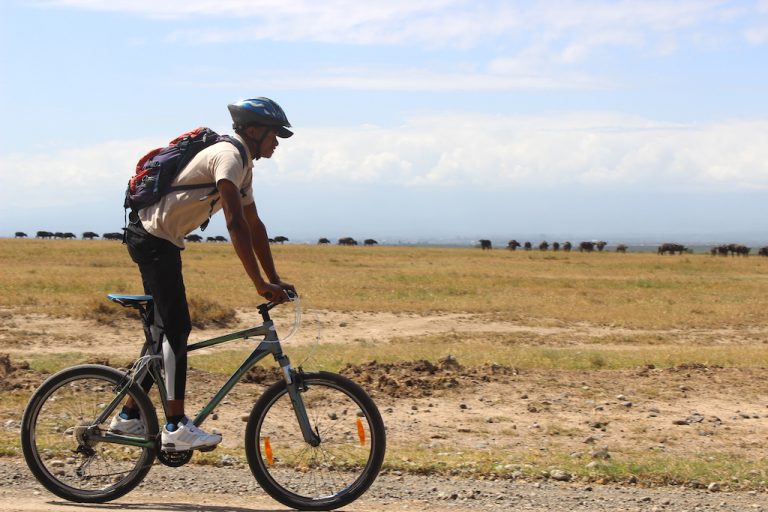 5: Whats been your favourite moment working with RVA?

Without doubt it was being in a helicopter being flown onto Mt Kenya with guests for a downhill bike route. Also working on an expedition to take some of the world's most famous mountain bikers Dan Macaskill, Hans Rey and Gerhard Czerner on a bike ascent and descent of Mt Kenya. Pretty special to find yourself on the top of Mt Kenya with a bike looking to cycle down it. To add to that, its pretty special when you can call that a day at work!

6: When you're off on a long expedition and camping, what’s the one thing you take?

I always make sure that I have a way of lighting a fire. After all I don’t want to risk not being able to make the chicken and rice! I also always make sure I have a penknife which comes in very handy on almost every trip, from making kindling for the fire or just in case someone has forgotten the can opener.

7: Whats been your favourite adventure moment?

I think for me it was when we took our canyon guide training courses. This was because it opened up a huge new way of thinking and how to operate in the canyon. We also opened up lots of new canyon routes which gave me a taste of what's possible when you have the right skills and an interest in exploring new ground.

8: Whats your favourite place for adventure in Kenya?

Ngare Ndare Forest as it offers lots in terms of biking, climbing and canyoning. But I think it's also the place where I trained and started to see all the different adventure sports which I now work with. I am sure we haven’t found everything there is on offer yet to.

Any cookies that may not be particularly necessary for the website to function and is used specifically to collect user personal data via analytics, ads, other embedded contents are termed as non-necessary cookies. It is mandatory to procure user consent prior to running these cookies on your website.